The fearless Colombian philosopher-politician-teacher Antanas Mockus and his followers struggle for peace in a country with the longest running internal conﬂict in the world. This is a story about 4 years and a life time that changed a country. And how learning to lose patiently might make you win 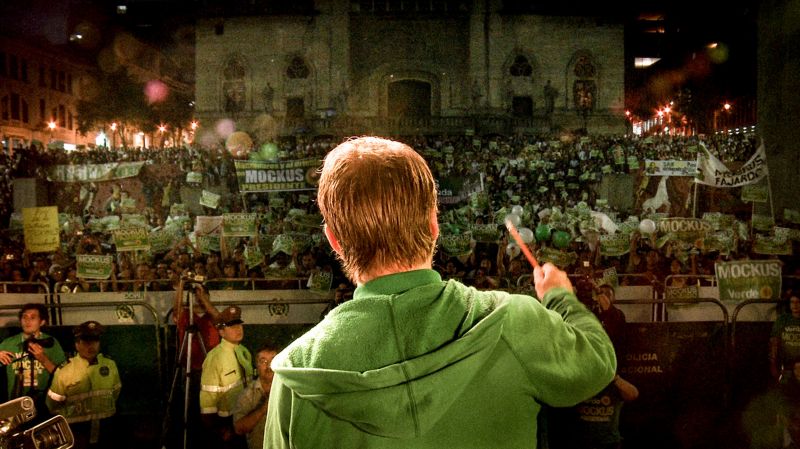 Violence is a fact of everyday life in Colombia, where the drug cartels have kept the country in an armed conﬂict for decades, and where almost all families have lost a loved one. But the unorthodox presidential candidate Antanas Mockus does all he can to reverse the vicious circle with an imaginative and positive election campaign. And he brings experience with him. As mayor of Bogotá, and dressed in a Superman costume and with an indomitable trust in the good of his fellow citizens, he overcame both towering crime rates, unruly students and people's bad trafﬁc habits. But his idealism is both his strength and his weakness in a corrupt political system, where his opponent plays a dirty game, and where the people have lost faith in being able to make a difference. Mockus is helped by the 22-year-old activist Katherine, who herself has lost her father in the bitter conﬂict. Now this has to end. Andreas Dalsgaard, who previously portrayed Mockus in the ﬁlm 'Bogotá Change', has followed Mockus' socially innovative campaign to reverse the negative trend. But can good ideas and an idealistic drive alone change an entire political culture, where violence is an institutionalized part of everyday life? An inspiring man, and an inspiring story, whose points are relevant far beyond Colombia's borders.